Silvia Maggi A web designer and developer focused on usability, accessibility and information architecture. Permalink: After 1989: A Trip To Freedom 14 April 2019

After 1989: A trip to freedom is Minutes to Midnight’s debut solo album, and an emotional journey. I documented it through photography and created two music videos.

While working on his debut solo album, my husband Simone embarked on an emotional journey. He retraced his grandfather’s steps in Berlin, where he was imprisoned for four years during World War II.

After 1989 is the story of how a young man escaped Germany in 1945, while his grandson made the other way round, looking for answers that he could only find in 2017.

I was beside him all the way, including the visits to Sachsenhausen concentration camp. The photos and videos I took were both for private documentation and for the album’s launch. Before taking different professional paths, Simone and I used to work together, and having a project where to converge our skills was terrific. 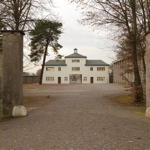 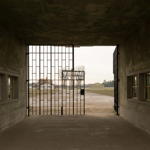 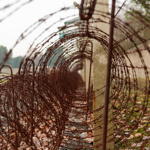 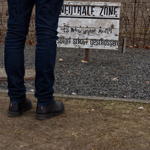 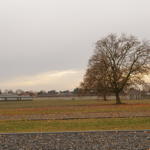 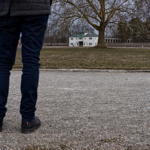 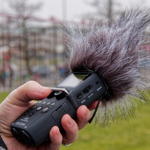 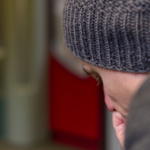 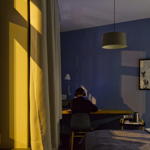 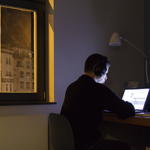 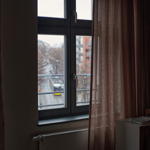 Working on the videos was a challenge. Video production at a professional level is something I’ve never done, and I wanted to keep up with the great storytelling Simone expressed in the songs.

After 1989 is a concept album that follows a journey of discovery: through the historic events of the Cold War period, he gets in touch with the history of his family. He made great use of famous speeches in his songs, restoring and sinchronizing them with the music: I wanted to replicate that in the videos.

The first single of the album tells the story of the imprisonment. Using Final Cut Pro, I alternated my footage of Simone arriving at Sachsenhausen in 2019 with stock videos and photos. My intent was to render the unstoppable ordeal the grandfather probably endured before arriving at the camp.

The video is disturbing, like the thought of someone close to you going through an unspeakable experience. The skinny kid loses control, imprisoned in a foreign dictatorial country. To me, the skinny kid is also Simone, who was only 16 when he got to know the story for the first time.

At the end of the song, we can hear that Berlin has fallen. A few days earlier, the grandfather managed to escape the camp together with a Soviet inmate. His quest to go back home in Italy had just started.

I love all the songs in the album, but Love Field holds a special place in my heart. It is musically beautiful, and its story is captivating. The world was shocked to learn that JFK was killed, an event that altered the course of history. Many times Simone imagined what would be like to be in the shoes of the people involved.

By the time I made this video, I had acquired confidence and proficiency with Final Cut Pro, thus was able create something more sophisticated. Most of the footage comes from the JFK Library, which hosts a vast collection of photos, film, audio and documents. Initially, I used copyrighted material, and was dismayed when I realised that I had to start from scratch. Luckily, the JKF Library footage is mesmerizing as well as free to use.

What initially was a faux pas, turned out to be what I needed to convey the message: it now felt more personal, closer to their protagonists, from angles rarely or never previously seen. The video wants to tell the story from different point of views: the crowd, the Kennedys, the bodyguards, the assassin. And through different moods: joy, fear, confusion, sadness.

Except for the cover and the image on the CD, all the photos are mine. 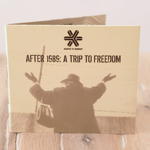 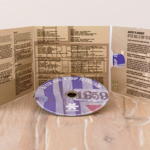 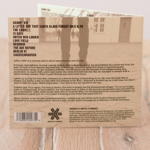 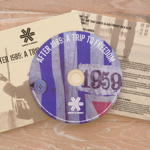 I loved to contribute to a great project like After 1989. It gave me the opportunity to measure myself with a medium I wasn’t very familiar with – video – while also appreciating how important storytelling is.

Whether it’s music, photography or UX, storytelling plays a crucial role. Without it, what we do doesn’t travel far, as it’s difficult to capture people’s attention and get messages across.

🔗 Read the story and listen to After 1989: A Trip To Freedom

Reply via email, send webmentions or interact on Mastodon.