Berlin is well known for being a fresh ever-changing city. By walking around, you see it's headed somewhere. Only, the destination is unknown and nobody is running.

Watching the documentary David Bowie: The Last Five Years, I realised there still were two excellent albums for me to discover. I somehow missed The Next Day, and, knowing it was supposed to be his parting gift, I’ve never been able to fully listen to Blackstar.

As per the documentary though, Blackstar was never supposed to be a goodbye so I might give it a go now. Funny how the mind works.

At some point, it struck me how the song Where Are We Now? is about Berlin. That information was lost, too. Seeing Berlin again and hearing the lyrics, reminded me of a recent trip to the German capital, and how much I missed it afterwards.

All the photos are still stored — only a few published on Flickr and Instagram — but I spend quite a lot of time going back to them, making changes and generally trying to render the atmosphere and feelings I experienced.

Berlin is well known for being a cool ever-changing city. By just walking around, it is possible to understand it is going somewhere. Only, the destination is unknown, and nobody is running.

Changes and renovations didn’t erase the memories of Berlin’s history and legacy. Sections of the Wall, memorials and museums are a constant reminder of the past.

Stories and facts are still discussed, and passed on to the younger generations. We even participated in a fascinating talk at the hotel we stayed. I can’t put into words what I like so much about Berlin; probably I’ll figure it out one day. 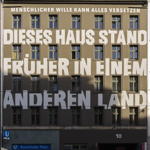 the building from another country 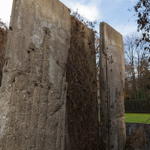 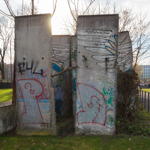 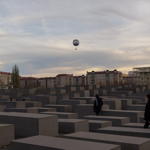 memorial to the murdered jews of europe

Reply via email, send webmentions or interact on Mastodon.

Did you find this article useful?